The road to success is a long journey with obstacles and challenges, but only those who persist can make it to the end. Here are 50 powerful motivational quotes from extraordinary female leaders that can give you a spark of motivation.

1. " I never want to get a job because I'm female. I want to get it because I earned it and I deserve it... Whether my hair is going to be blue or purple, people should be judged on how well they do the job and deliver results and whether they do it the right way. That's how I like to be judged; most people are like that." - Mary Barra (CEO of General Motors)

2. " I'm very honest - brutally honest. I always look at things from their point of view as well as mine. And I know when to walk away." - Indra Nooyi (Chairman and CEO of PepsiCo) 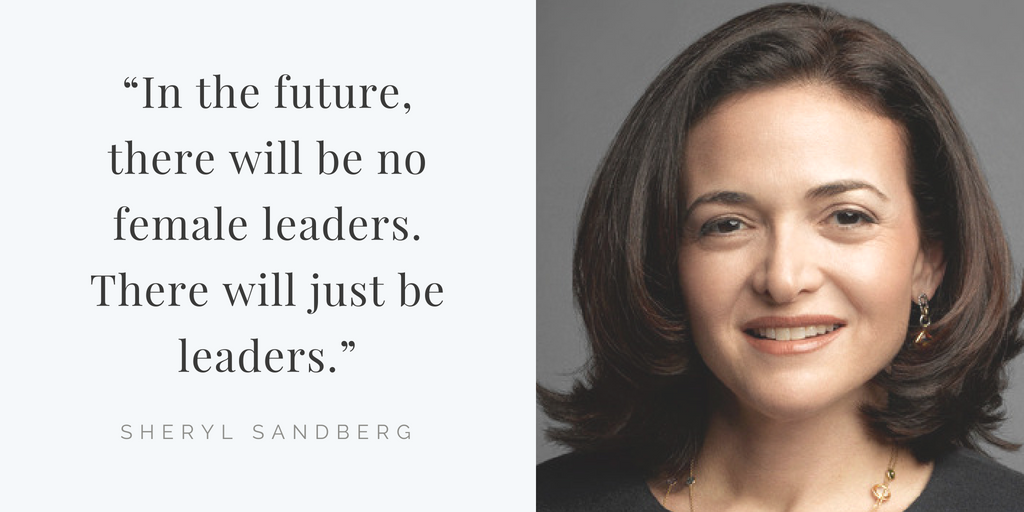 3. " In the future, there will be no female leaders. There will just be leaders." - Sheryl Sandberg (COO of Facebook)

4. " I've made lots of mistakes. Probably the worst one - I would say they tie. It's either when I didn't move fast enough on something, or I didn't take a big enough risk." - Ginni Rometty (CEO of IBM)

6.  "Hopefully in the future, generational challenges will be measured by achievement, not gender."

7. "We need to reshape our own perception of how we view ourselves. We have to step up as women and take the lead."  - Beyoncé (American Singer-Songwriter)

8.  "Different is good. When someone tells you that you are different, smile and hold you head up and be proud."

9. "Create the world you want, and fill it with the opportunities that matter to you."  - Alicia Keys (American Singer-Songwriter) 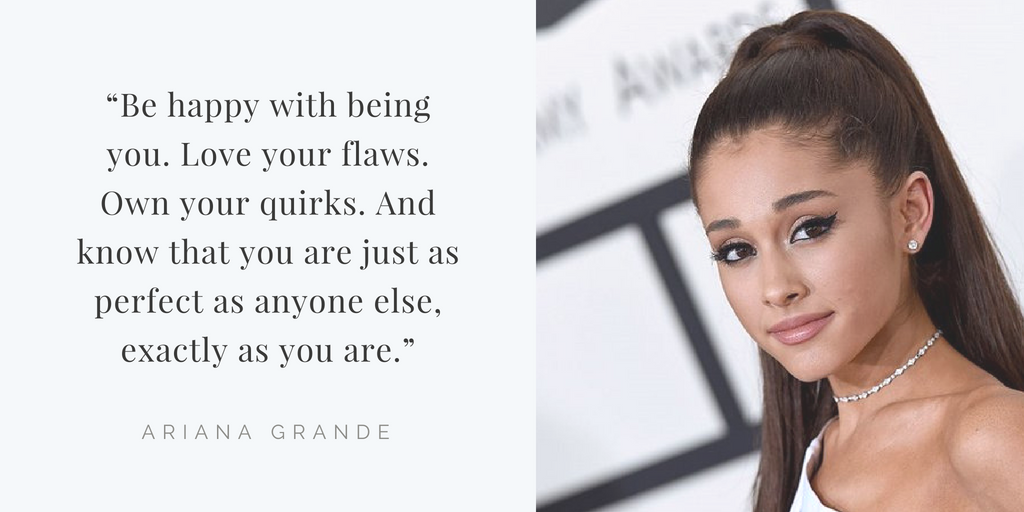 10. "Be happy with being you. Love your flaws. Own your quirks. And know that you are just as perfect as anyone else, exactly as you are."  - Ariana Grande (American Singer)

11. "As hard as it is and as tired as I am, I force myself to get dinner at least once a week with my girlfriends, or have a sleepover. Otherwise my life is just work."  - Jennifer Lawrence  (American Actress)

13. "Strive for perfection, and take enjoyment in creating, not the creation."

14. "Men are very tough, very critical of me. I think they expect you to basically just be a picture. They don't want to hear you speak." - Chrissy Teigen (American Model)

16. "When you undervalue what you do, the world will undervalue who you are."  - Oprah Winfrey (American Media Proprietor)

17. "I think the sexiest thing about a woman is confidence, but confidence in a humble way, not in an arrogant way. Sense of humor is definitely important. And sunglasses always hide a multitude of sins. Sunglasses and a great pair of heels can turn most outfits around."

18. "You have your very own recipe for success in life, based on a unique mix of ingredients. Those ingredients are you—the qualities that you bring to the table, made up of your own personality and experiences. Your uniqueness is your gift to the world."  - Lizzie Velásquez (American Motivational Speaker)

19.  "If you believe in yourself and feel confident in yourself, you can do anything. I really believe that." 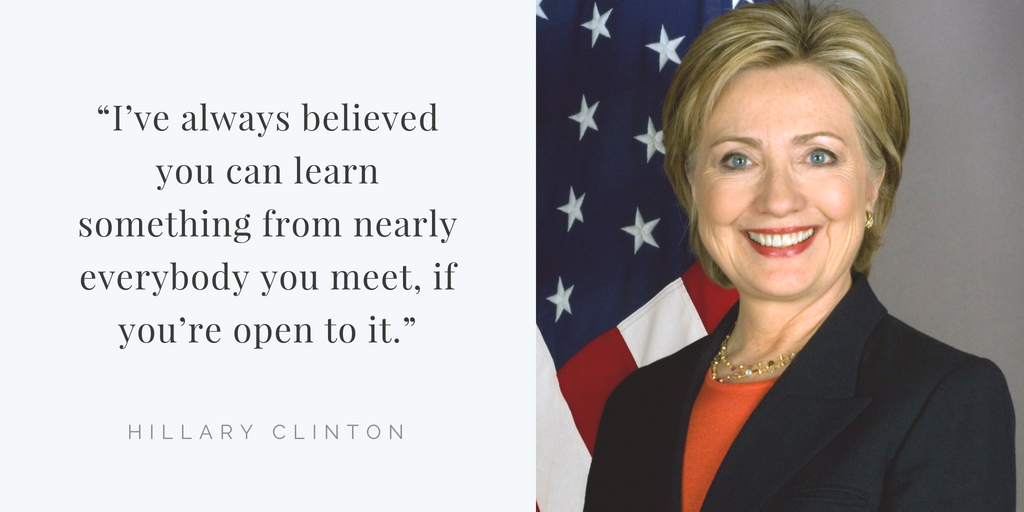 20. "I’ve always believed you can learn something from nearly everybody you meet, if you’re open to it." - Hillary Clinton (Former First Lady of the United States)

21.  "If you feel like it's difficult to change, you will probably have a harder time succeeding."

23. "Don't be intimidated by what you don't know. That can be your greatest strength and ensure that you do things differently from everyone else." - Sara Blakely (Founder of Spanx)

24.  "You will find it will almost always be more comfortable to sit on the sidelines and critique the builders from afar. But at the end of the day, the people who make a difference, the people who shape history, are not the haters."

25. "I may be compelled to face danger, but never fear it, and while our soldiers can stand and fight, I can stand and feed and nurse them." - Clara Barton (Founder of American Red Cross)

26. "Nothing is worth more than laughter. It is strength to laugh and to abandon oneself, to be light. Tragedy is the most ridiculous thing." - Frida Kahlo (Mexican Artist)

27. "My biggest challenge every day is to be a great mother and a great businesswoman." - Tory Burch (CEO of Tory Burch LLC)

28.  "Fearlessness is like a muscle. I know from my own life that the more I exercise it the more natural it becomes to not let my fears run me." 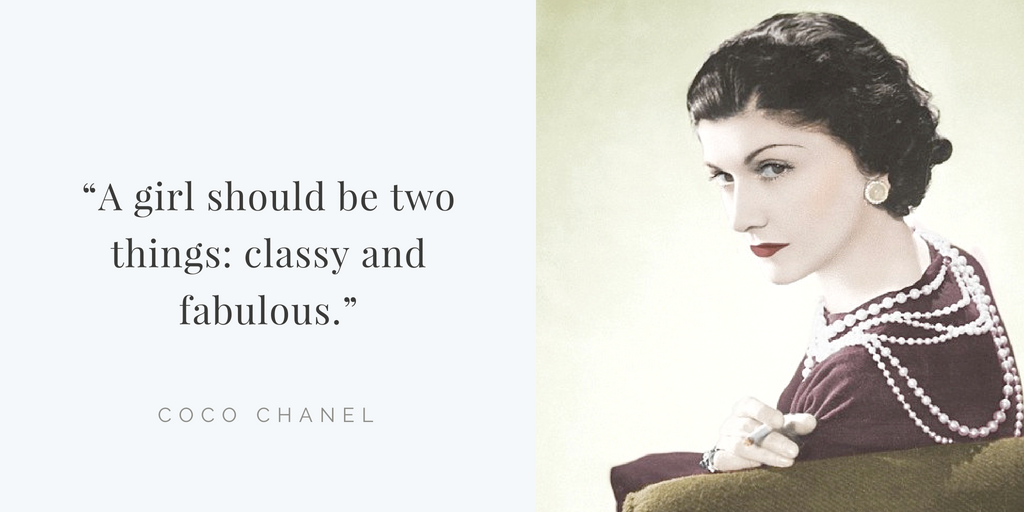 29. "A girl should be two things: classy and fabulous."  - Coco Chanel (Founder of Chanel)

30. "Carry out a random act of kindness, with no expectation of reward, safe in the knowledge that one day someone might do the same for you."

31.  "If my future were determined just by my performance on a standardized test, I wouldn't be here. I guarantee you that."

32. "Yesterday is gone. Tomorrow has not yet come. We have only today. Let us begin." - Mother Teresa

33. "Give a girl the right pair of shoes and she'll conquer the world." - Marilyn Monroe

34. "Family's first, and that's what matters most. We realize that our love goes deeper than the tennis game." - Serena Williams (American Tennis Player) 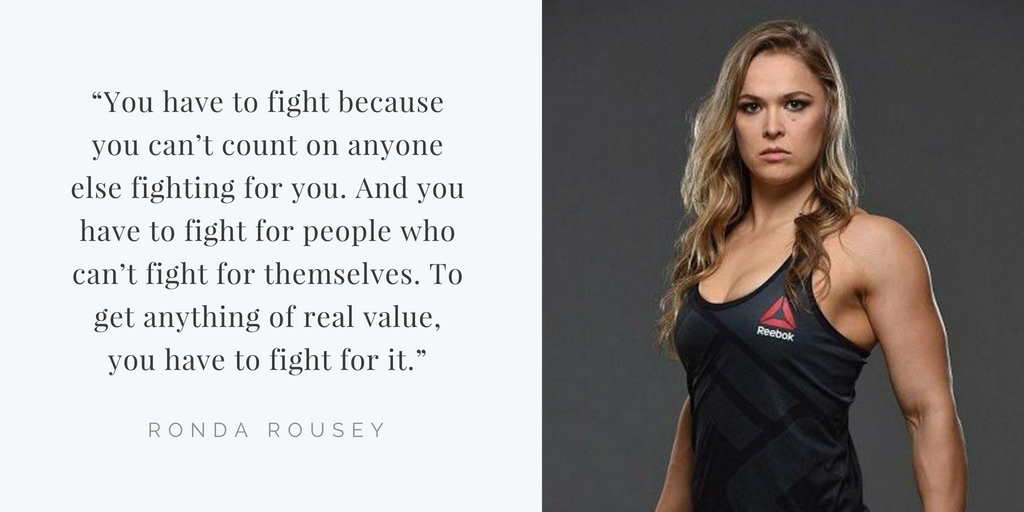 36. "In the sports arena I would say there is nothing like training and preparation. You have to train your mind as much as your body."  - Venus Williams (American Tennis Player)

37. "If you go around being afraid, you're never going to enjoy life. You have only one chance, so you've got to have fun."  - Lindsey Vonn (American Alpine Ski Racer)

39.  "I had this dream, and I really wanted to be a star. And I was almost a monster in the way that I was really fearless with my ambitions."

40. "Sometimes you can't see yourself clearly until you see yourself through the eyes of others." - Ellen Degeneres (American Comedian)

41. "You are the designer of your destiny; you are the author of your story." - Lisa Nichols (Motivational Speaker)

42.  "Inside of each day, we have 1,440 minutes. Fearless people maximize those little moments by leaning into discomfort and taking calculated risks.They know that fearlessness isn’t just a mindset; it’s about taking action."

43.  "Everything that happens to you is a reflection of what you believe about yourself. We cannot outperform our level of self-esteem. We cannot draw to ourselves more than we think we are worth."

44. "Hard work - I mean, does anybody use that term anymore? Laziness doesn't fly. It's all in the practice. It does take work and it ain't easy - but man, the rewards!" - Susan Powter (Australian Motivational Speaker)

45. "You know, when you end up being on the wheelchair, what’s the most painful thing. People think that they will not be accepted by the people because we in the world perfect people are imperfects. So I decided to appear more in public."  - Muniba Mazari (Pakistani Artist)

47. "We need to understand that femininity is not weakness. And our society, for some reason, equates the two." - Jessica Chastain (American Actress) 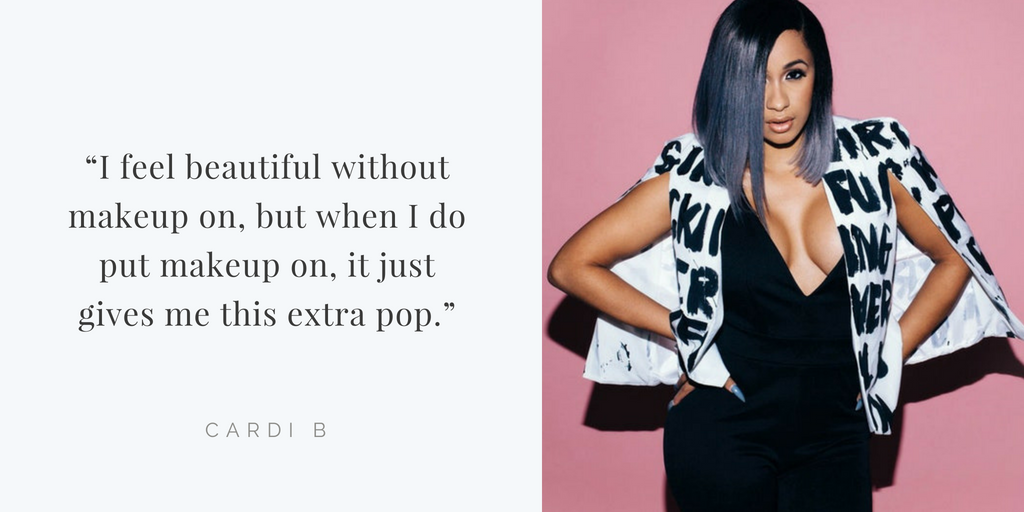 48. "I feel beautiful without makeup on, but when I do put makeup on, it just gives me this extra pop." - Cardi B (American Rapper)

49. "Girl power is about loving yourself and having confidence and strength from within, so even if you're not wearing a sexy outfit, you feel sexy." - Nicole Scherzinger (American Singer)

50. "Sometimes if you want to achieve something great, there will be curveballs. You just have to dodge them every once in a while."

10 Ways to Love Yourself as a Woman

May Giveaway with Beanitos & GoodPop